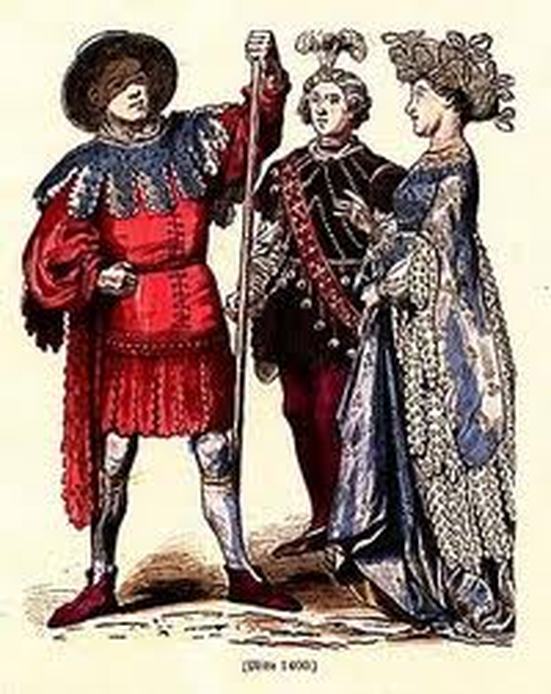 When knight returned from the Crusades they brought silks and fine cottons from the Middle East.  Italy had mastered the making of velvets.  These materials came in a variety of brilliant colors and were worn by the nobility.  The Dyerswoad flat provided blue based colors, the lychen green dyes and the brilliant scarlet came from dyes from a Mediterranean insect (in Biblical times called a  worm).  These dyes were enormously expensive and hard to acquire.


The wealthy royals easily obtained the extremely expensive silks from Byzantine trades in Pavia through Venice.  Andalusia silks came to France by way of Spain. The Crusades open additional routes for the coveted Astern Fabrics and the styles which influenced Europe.


Even though new fabrics were a symbol of class, wool was the primary fabric for all clothing for all classes.    Undergarments were often made on linen, which were less scratchy against the skin.  They could easily be washed and dried in the sun.


For warmth, fur was worn as an inside lining.  Very popular was the fur of the squirrel or Vair.  In illuminated manuscripts it is often shown as blue-grey or white stripped or in checkered patterns on the wealthy royals mantels or lining their robes.