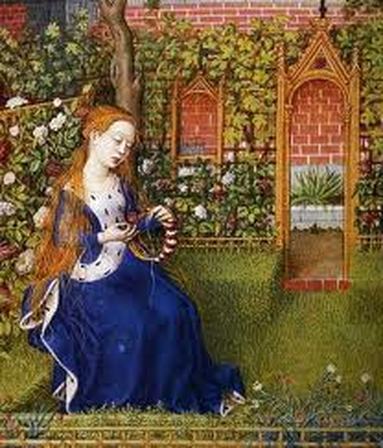 Middle Age gardening during the medieval period, was the chief method of providing food for households, whether for the kings court or for the peasant earning his scanty meal from his hard labor.  But gardening during this time encompassed much more  it also included the care and planning of  cemeteries, orchards,  and pleasure gardens.  The European medieval era  spans from 400 to 1400 A.D.  Gardening is the deliberate cultivation of plants herbs, fruits, flowers, or vegetables.

Drinks of the Middle Ages

The drinks of the Middle ages where water was often unclean were: ale, mead, cider, beer or godale (one of the oldest fermented beverages).  It was only among the rich where wines were served.  On the return from the Crusades the use of spices became the fashion for the nobility.  Beverages and foods were heavily loaded with spices:  Allspice, resin, juniper, apples, sage, lavender, bread-crumbs, and laurel were tossed into create new concoctions. The desire was to create a highly flavored beer or ale.  Small beers were sweetened with the use of honey or raspberries or ambergris. 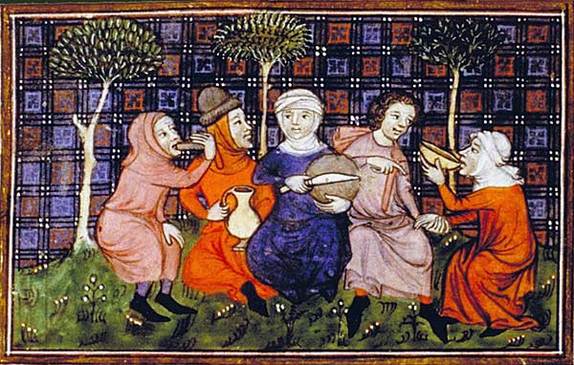 The food and Diet of the Middle ages.

Nobles ate few fresh fruits and vegetables.  They viewed unprepared food with suspicion.  Fruit was usually served in pies, or preserved with honey.  Only the poor had a diet of fresh fruit and vegetables.  They would put them in soup, stews or pottage.  Vegetables which were grown in the ground were considered only fit to feed the poor.  A few vegetable were found on a Noble's table: onions, garlic, rape (canola from family of cabbage & turnips), and leeks.  Dairy products were thought inferior as well.    This lack of good nutrients in a nobles diet lead to health problems: bad teeth, scurvy and rickets. 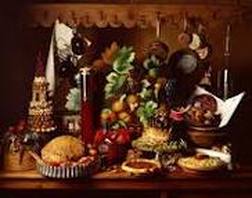 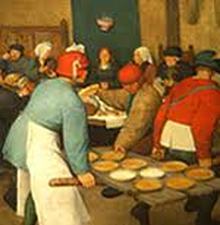 Peasants grew their own food.  Unable to afford luxury items such as spices and since only the Nobles were the only ones allowed to hunt boar, hares, and deer (the punishment for poaching could result in death or having hands cut off). 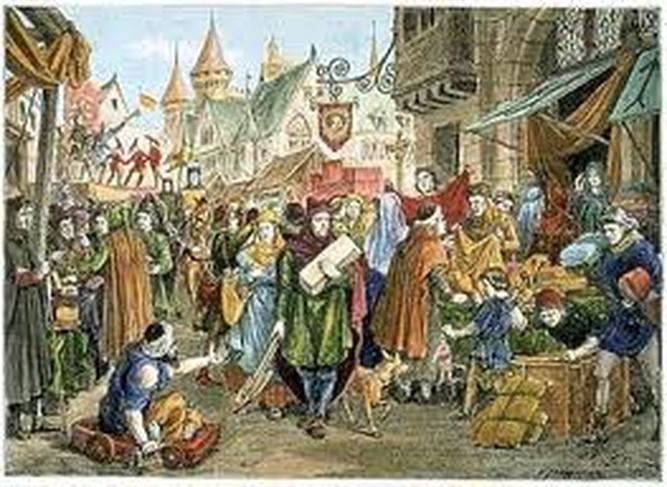