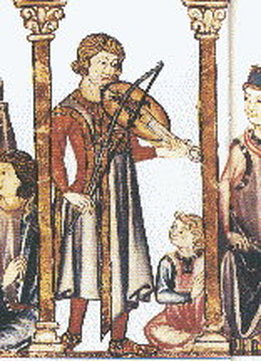 Instruments of the time were flutes made of wood, silver or metal.  They were blown from the side or end, such as the recorder, gems-horn and pan flute.  String instruments include the lute, mandore, gittern and psaltery, dulcimer, zither and lyra, urghun (organ), harp, and salandj (bagpipe), the hurdy gurdy (mechanical violin), jaw harp, fiddle and sackbut (trombone).

Early music was often sacred all though some were secular.

In Flander fields the poppies blow
Between the crosses, row on row,
That mark our place, and in the sky,
The larks, still bravely singing, fly,
Scarce heard amid the guns below.
We are the dead; short days ago
We lived, felt dawn, saw sunset glow,
Loved and were loved, and now we lie
In Flander fields.

Take up our quarrel with the foe!
To you from failing hands we throw
The torch; be yours to hold it high!
If ye break faith with us who die
We shall not sleep, though poppies grow
In Flanders fields. 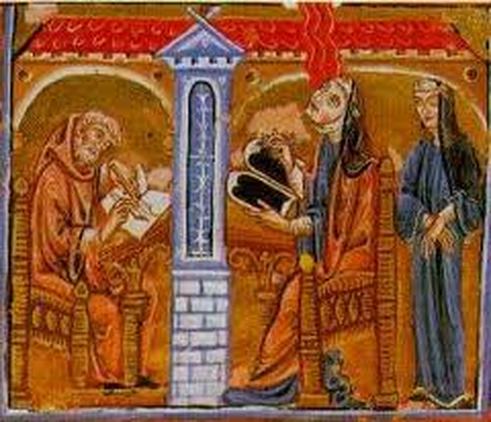